The Varsity Match, held at Twickenham in December, has been the focus of and student rivalry since 1872. The 131st event takes place on Thursday, December 6th at Twickenham Stadium. Glenfarclas, along with Pol Roger Champagne, are pleased to announce sponsorship of this highlight in the Varsity calendar.
Pol Roger, the UK distributor for Glenfarclas, has been a longstanding supporter of the healthy competition between these two renowned universities; Pol Roger is the official sponsor of the Varsity Blind Wine Tasting Match, now in its 60th year, and sponsor of the Varsity Real Tennis and Rackets match as well as both the Oxford and Cambridge Real Tennis Clubs. Thus, the iconic Varsity Rugby Match represents a fitting extension of this ongoing support.
George Grant, Director of Sales for Glenfarclas, commented “We are delighted to support such a prestigious sporting occasion that has long been the benchmark of student sporting achievement. We look forward to toasting the winners of the match with a dram or two of Glenfarclas!”
In celebration of this announcement captains John Carter, of Oxford University Rugby Football  Club, and Rob Malaney, of Cambridge University Rugby Football Club, met on neutral turf at steak restaurant Hawksmoor, Guildhall for an unusually amicable encounter. 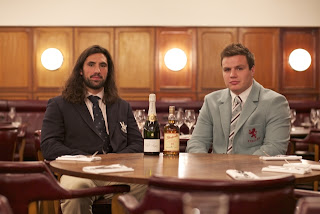 ﻿
Post Match Report:Won by Oxford, Oxford full-back Sam Egerton was named Man of the Match and awarded the Alastair Hignall prize and a bottle of Glenfarclas The Family Casks 1977. 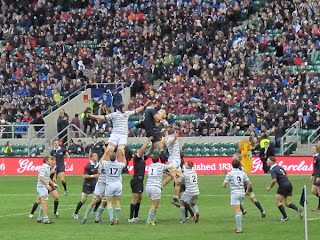 Posted by Glenfarclas at 05:08